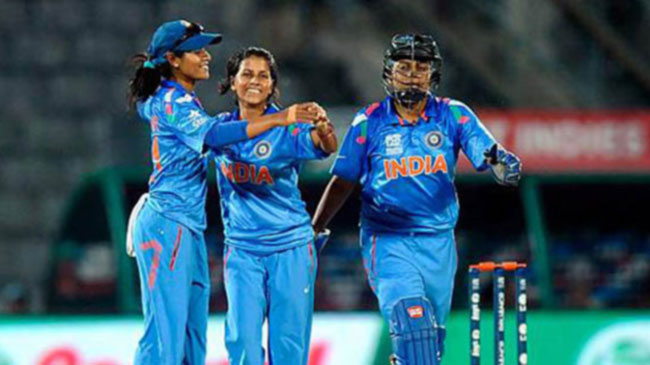 Chasing 121 for a win, Nepal were bowled out for just 21 in 16.3 overs, the lowest total in women’s T20 Internationals, to suffer a crushing defeat

Bangkok: India bowled out minnows Nepal for the lowest ever total of 21 runs to notch up a resounding 99-run win in a Women’s Asia Cup T20 tournament match in Bangkok on Friday.

Put into bat, the Indian women scored 120 for 5 in their allotted 20 overs with Shikha Pandey top-scoring with a 32-ball 39 not out which was laced with five boundaries.

Pandey and captain Harmanpreet Kaur (14 not out) shared 51 runs for the unbroken sixth wicket to reach that total at the Asian Institute of Technology Ground.

India, who have already qualified for the final before today’s match, rested some top players, including Mithali Raj and Jhulan Goswami.

Chasing 121 for a win, Nepal were bowled out for just 21 in 16.3 overs, the lowest total in women’s T20 Internationals, to suffer a crushing defeat.

The earlier lowest innings total was the 44 all out scored by Bangladesh women in their first innings against Pakistan women in this same tournament on November 30.

India’s winning margin of 99 was also the third highest in terms of number of runs.

India ended the league stage of the tournament as toppers on 10 points after winning all their five matches.

Poonam Yadav was the most successful Indian bowler with figures of 3 for 9 while Sabbhineni Meghana and Anuja Patil got two wickets apiece. Shikha Pandey, Mansi Joshi and Ekta Bisht took one wicket each.

None of the Nepal batswomen could reach double-digit figures with Sarita Magar top-scoring with 6. The extras contributed more than any Nepal batswoman’s score at 7.

Four Nepali batters were out for a duck while number 11 Saraswati Kumari was not out without scoring.