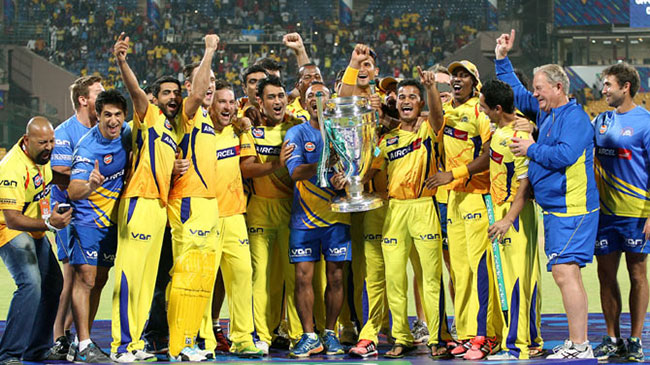 After six editions that generated lukewarm interest from fans, the Champions League T20 has been discontinued. The tournament’s governing council, comprising representatives of the BCCI, CSA and CA, made the decision unanimously on Wednesday. According to a BCCI release, the governing council determined that the discontinuation was “the most appropriate decision due to the tournament’s limited public following”.

The 2015 edition, scheduled for September and October, will not go ahead.

“This has been a difficult decision as the Champions League T20 provided added context to a number of domestic Twenty 20 competitions around the world such as the IPL in India, Big Bash League in Australia and South Africa’s Ram Slam T20,” said Anurag Thakur, the BCCI secretary. “It was a fantastic platform for players from around the world to showcase their talent and the participating teams thoroughly enjoyed the experience over the last six seasons.

“Unfortunately, off the field, Champions League T20 wasn’t sustaining the interest of the fans as we had hoped. This decision was made, after consultation with all our commercial partners and meeting the contractual obligations of all parties involved. The Governing Council would like to thank everyone involved with the CLT20 and all those who participated in the tournament.

“Further details associated with winding down the league including settling with the three nations that had invested time and effort in the competition, will be completed very soon.”

The BCCI, CA and CSA met this May to mull over the CLT20’s future, and it soon emerged that the stakeholders were likely to shelve the tournament. Plans were afoot to find an alternative to fill the tournament window, with a mini-IPL one of the mooted options. That option has also been ruled out for now, with the IPL rocked by the suspension of two of its franchise owners.

The CLT20 has been dogged by a variety of issues since its inception in 2008. The first edition, scheduled to be held in India in 2008, was cancelled following terrorist attacks in Mumbai.

The governing council and the ECB were often at loggerheads over scheduling – with the tournament clashing with the English domestic season – until the ICC granted the CLT20 an official window in 2011.

The tournament was seen as representing different leagues unequally, with the champions of domestic T20 leagues in Sri Lanka, New Zealand or Pakistan forced to go through a qualifying round while even the second-best sides in India, Australia and South Africa gained automatic entry into the main tournament. The India-centric nature of the event was often exaggerated by players choosing to represent their IPL franchises ahead of their domestic T20 teams.

The CLT20 suffered a lack of commercial success as well, with low spectator interest and a subsequent drop-off of sponsor interest. This was best illustrated by the fate of its first two title sponsors: Bharti Airtel, who signed a five-year deal, pulled out in two years; Nokia left one year into a four-year deal.