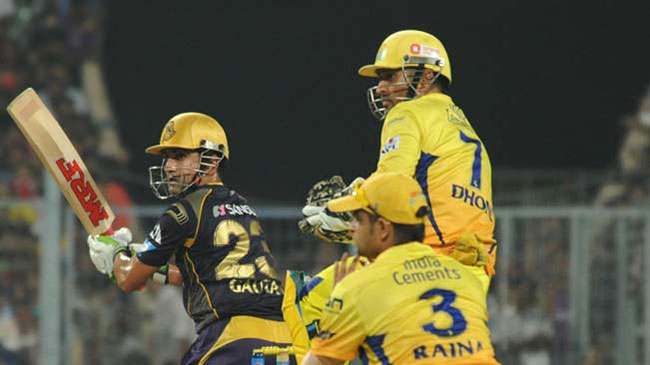 Jacques Kallis’ return to from is great news for Kolkata Knight Riders ahead of the final.

Kolkata Knight Riders want desperately to win the elusive Champions League Twenty20, but without the services of Sunil Narine, the current IPL champions have hit a roadblock against a resurgent Chennai Super Kings.

This blockbuster of a final at the M Chinnaswamy Stadium in Bangalore has lost a bit of sheen because the barring of Narine from bowling in the tournament, and this has given the 2010 CLT20 winners CSK the advantage, considering how influential the all-sorts West Indian spinner has been to KKR.

KKR got the better of CSK in the 2012 IPL final, and then beat them earlier in this compeition, and on top of that CSK have not been to the CLT20 summit since 2010, so MS Dhoni’s team should have added impetus to their goal of getting back some silverware.

CSK, following a three-wicket loss to KKR on September 17, hammered Dolphins by 54 runs, took a point from a washout in Bangalore with Lahore Lions, then beat Perth Scorchers by 13 runs. Thanks to Lions’ loss to Scorchers, CSK reached the semi-finals, where they smashed Kings XI Punjab by 65 runs. KKR are on a hot streak with 14 consecutive wins, but No 15 looks to be the toughest.

With Narine barred from bowling, there is no point in KKR playing him, so his place should go to Australian fast bowler Pat Cummins.

No changes needed to this unit.

Jacques Kallis got going at the right time for KKR, after two poor outings. A typically solid half-century in Thursday’s semi-final win over Hobart Hurricanes earned the retired South African giant the Man-of-the-Match award, and in Narine’s absence he becomes the team’s biggest overseas player. Kallis loves the big occasion, and KKR need him at his influential best in the big final.

Dwayne Smith is a ticking bomb. The West Indian batsman, who was so influential in Mumbai Indians’ run to the 2013 IPL title, and who shone in his first season for CSK earlier this year, has made 52 runs in four matches. He is due a score, and CSK could do with a rollicking innings from Smith. Mind you, this is the man who put Mumbai Indians in an all-IPL CLT20 final in 2013, and then picked up the Man-of-the-Match award on the day.