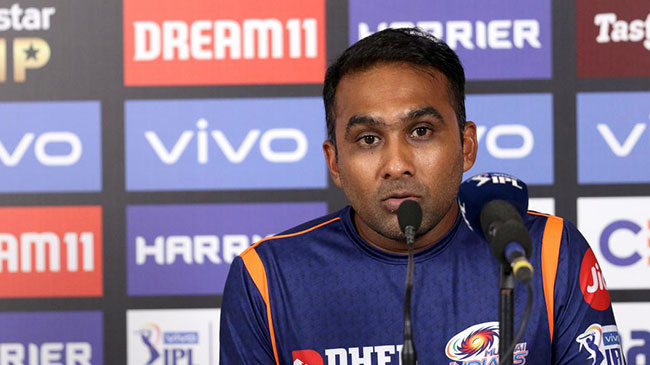 With contract of Ricky Ponting who has been coach of Mumbai Indians for last two years is coming to close, Jayawardene has been appointed.

Mahela Jayawardene is an authoritative captain and a prolific batsman of his generation. He will be taking charge as head coach for upcoming Indian Premier League season, which is starting in 2017.

Mrs Nita Ambani, the owner of Mumbai Indians commented about the appointment of Jayawardene as head coach of MI that “Jayawardene is an astute figure in the modern era of cricket. He is a perfect role-model for the young Mumbai Indians squad. I am sure our global fans, who have always believed in the team and expects the best – will welcome Mahela to our Mumbai Indians family.”

Jayawardene is an experienced player in limited overs format of cricket, and he was also a part of Sri Lankan squad of World T20 2014, and also lead Sri Lanka to ICC Cricket World Cup finals in 2007. The 39-year-old possesses the requisite attitude and the appetite for a new role in his career.

Jayawardene on his appointment as head coach of Mummai Indians said that his appointment is a start of new chapter, and he is looking forward to bring the best from his lifetime experience in cricket.

“I am very excited by the appointment and glad that the Mumbai Indians management appreciated my presentation and ideas,” said Mahela Jayawardene adding, “I am looking forward to working with a really talented squad, all the support staff, and the owners to help strengthen the two-time IPL champions.

“Mumbai Indians have the most passionate fan base in the IPL and I have always been wowed by the amazing support the team gets at Wankhede Stadium. In what is a new chapter in my career, I will be striving hard to bring them more on-field success and joy.”

Mahela Jayawardene will soon be travelling to Mumbai to conduct a detailed meeting with the club management and to take charge of his new office.