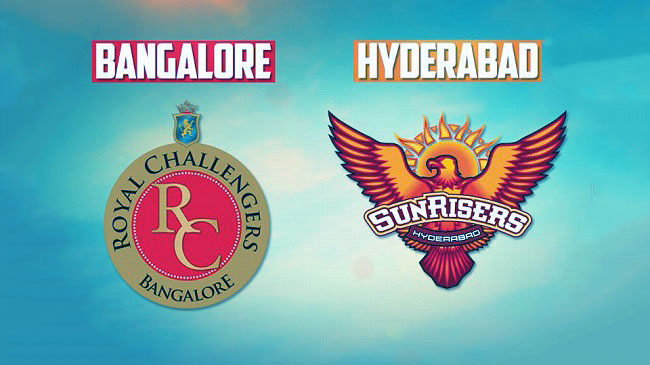 Both Sunrisers Hyderabad (SRH) and Royal Challengers Bangalore (RCB) shall have an Australian leader.

A great start for the defending champions. Put into bat, they showed their top order has firepower all over the shop, while their bowlers did what they did all last year. For RCB, a bit of a chastening experience, and the lack of AB and Kohli showed tonight. Thanks for your company on this opening game of VIVO IPL 2017. We hope to see you tomorrow for RPS v Mumbai Indians. Until then, good night!

Warner: “I shouldn’t have looked at the stats before playing RCB. Tonight wasn’t my night but was great to see the other guys contribute. You’re always mindful against RCB. You can always allow 10 runs an over in the Powerplay. Yuvraj was superb. Whatever he’s been doing is fantastic. That’s the Yuvi of old we know. Shikhar has been working hard. He told me he was in good touch. Rashid Khan is a fantastic prospect. He was a little bit nervous but I told him to keep backing himself.”

Watson: “I think all aspects were slightly off. In the field, we weren’t tight enough, and with the bat, we couldn’t get a big partnership. We’ve got a few new combinations due to injuries and we weren’t able to execute. It’s a privilege to captain RCB. With the firepower we’ve got, I thought we could chase it. I knew if we could get one big partnership, we were in with a chance. We’ve got to do better next time.”